When this time of the year rolls around, I’m always up for sharing a new Torrija recipe made with homemade plant milk. Thanks to all of your messages and suggestions during all these years, we’ve been able to greatly improve all the recipes and cooking tips in this blog. Today’s recipe is all about these delicious Torrijas (ie: Spanish-style French toasts) made with the most delicious vanilla-infused horchata. They’re such a delicious vegan dessert which is also easy to make – here’s to hoping you all will love it!

Instructions to make the milk:

As you will see, this version will turn out darker than store-bought horchata, which is due to the presence of both dates and vanilla. It will also last for about 4 days in the fridge, getting more and more delicious as days go by. It’s so hard not to drink it straight away and use it for the Torrijas!

Instructions to make the Torrijas:

And just like that, you have a new recipe to make vegan Torrijas! Which is your favorite milk to use? 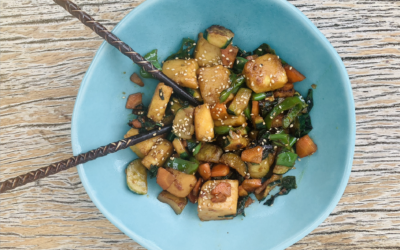 Mix mashed with piquillo peppers is an easy and quick way to prepare an original spicy mashed potatoes. Let's see how easily you can prepare a tasty potato cream, sauce or puree, depending on the needs of the moment. Taking advantage of simple and tasty ingredients...