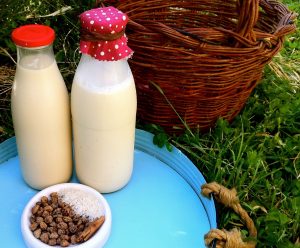 Our friend and reader Jean-Baptiste Selfa, from Germany sent us this really interesting recipe proposal not too long ago. His grand-mother used to make tigernut horchata, though she preferred to use rice milk instead of water, which is actually a clever way to make horchata sweeter without having to add extra sugar.

We obviously thought it was a fantastic idea, so we decided to give it a go! Granted, making this kind of drink is slightly harder, since you’ll need to prepare not one, but two plant drinks: rice milk and tigernut horchata. However, the final drinks, a smooth, sweeter, “gourmet” horchata turns out so nice that it’s 100% worth the extra effort.

Moreover, this horchata is completely free of gluten and nuts, which makes it perfect for people who have an allergy to either. Plus, natural, freshly made horchata is high in phospholipids, arginine and biotin – as shown is recent research, which you can read about here. 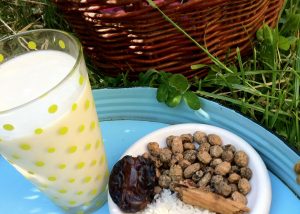 First step is to make the rice milk following these instructions: 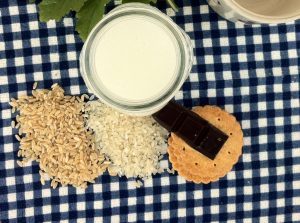 Let rice milk cool for a bit before continuing with the second part of the recipe. It’s not advisable to use hot rice milk when making horchata since tigernuts are rather sensitive to heat.

Another option would be to make the rice milk in the morning and wait until the afternoon to prepare the horchata. However, you shouldn’t wait more than 24 hours between these two steps, or else the final drink will go off soon.

Here’s how to make horchata using rice milk as a base: 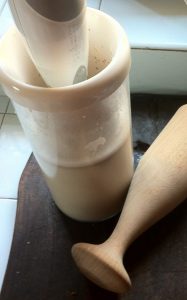 *If you want to use ground tigernuts, you must use freshly grounded ones to avoid obtaining a rancid drink. In this case, you can skip the soaking part and put all 200 grams in the filter in one simple step. 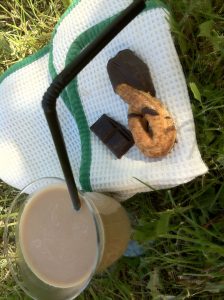 Thank you Jean-Baptiste for your comment and brilliant idea on how to make horchata evolve using traditional methods. It was a brilliant one!

Homemade chesnut milk (gluten free) Let’s start the autumn off right with a fitting seasonal milk: chestnut milk. It is a gluten-free milk very easy to please any palate. Chestnuts nutritional properties If you’re a fan of chestnuts, you absolutely need to try this... 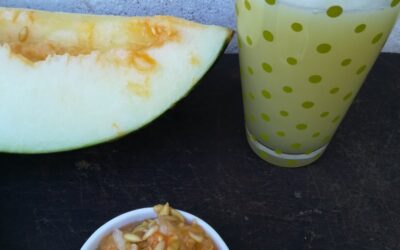 Melon seeds have wonderful properties that are unknown in much of the world. Although there is a bad habit of discarding melon seeds, there is more than one recipe for their use. They can be roasted like sunflower seeds or made into melon juice or milk and thus... 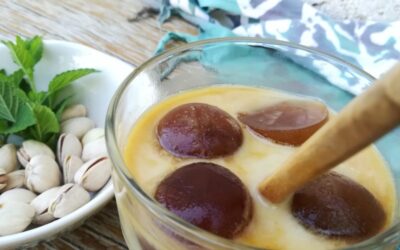